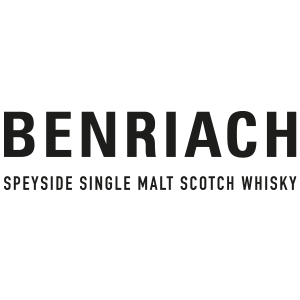 Located in the ‘Heart of Speyside’, in the North-East region of Morayshire, BenRiach displays all the traditional charm of a Speyside distillery. Built by John Duff in 1898, BenRiach draws its water from the Burnside springs located underground, deep below the distillery.

Although BenRiach started producing malt whisky back in 1898, the distillery was a victim of unfortunate timing; BenRiach was operational for just two years before the ‘Pattison crash’, in 1900, resulted in a period of hardship for the entire whisky industry, and the resultant closure of many distilleries. So, after just a couple of years of distillation, the stills at BenRiach fell silent, and remained so for sixty five long years. Under normal circumstances, this would have spelled the end for the distillery, as the buildings would surely have been demolished. However, next to BenRiach lay its sister distillery, Longmorn, which had enjoyed sporadic periods of production during BenRiach’s lengthy hiatus. The whisky makers at Longmorn continued to source some of their malted barley from the floor maltings at BenRiach, which had remained operational, and it was this alone that kept BenRiach alive during those ‘mothballed’ years.

Then, in 1965, the Scotch whisky industry entered a golden era, and suddenly new distilleries were being commissioned and mothballed distilleries re-opened, including BenRiach. Production re-commenced immediately.

Fast-forward to 2004, and the beginning of the most exciting period in BenRiach’s history. It was in April of that year that BenRiach became independent, having been purchased by The BenRiach Distillery Company Limited. This independent ownership allows the distillery to experiment with several interesting wood finishes and it continues to produce whisky from both peated and non-peated malted barley.

The BenRiach portrays its own uniqueness through the particular methods and skills of the men who craft the whisky, the ingredients used, the distinctive copper stills and the high quality casks selected for maturation.

Whisky, Scotch
$46.00
Benriach The Tasting Collection : Triple Pack Includes : A Speyside single malt Scotch Whisky as intriguing and extraordinary as Benriach could not have come to be without a unique whisky making heritage, dating from 1898, when founder John Duff built his distillery. Ruggedly beautiful, Benriach stands on the site of the old Riach farm in north Speyside, drawing water from a mineral-rich aquifer, deep beneath the distillery. Thanks to a long-standing tradition of distilling three styles of whisky; classic unpeated, Highland peated and triple distilled, together with an eclectic selection of casks from around the world, our whisky makers are able to explore the full flavour possibilities of single malt, creating some of the richest, most multi-layered whiskies in Speyside. This tradition continues today, under the guidance of Master Blender, Rachel Barrie. Benriach is the story of a hidden Speyside gem; quietly revealing its treasures to be discovered and savoured.
Add to wishlist
Add to cart
Quick view

Add to wishlist
Add to cart
Quick view
Sold out

Whisky, Scotch
$98.00
Birnie Moss is an area of windswept Moorland situated close to the BenRiach Distillery and it is this wild place that gives our single malt its name. An audacious first under the guidance and enthusiasm of the distillery’s new owners, Birnie Moss is a whisky bursting with originality. Different in style for a Speyside malt, this unique expression wields its peaty, smoky character with a precocious vigour. 1 cask matured: bourbon barrels. Colour: Golden Nose: Rich peaty notes in a wonderful balance with vanilla and oak wood. Palate: An avalanche of rich, sweet Speyside peat, in combination with vanilla and tropical fruits.

Whisky, Scotch
$128.00
Traditionalists believe that peated malts achieve optimum balance of peat-bittersweet and oak infusion after 10 years of maturation. Curiositas is a distinctive and welcome addition to the Speyside scene. Nose: Sweet grassy malt, succulent fudge and hints of smoke and heather lead. A touch of malmsey underneath with fragrant honey and mellow oak. Palate: Caramelised sugar and strong cereal flavours form the core. Marshmallows, ripe stone fruit and a warm nuttiness develop while peppery spice tingles in the backdrop with green wood smoke. Finish: Bittersweet with slight suggestions of dry oak, beeswax and fennel.

“Luscious orchard fruit on a base of beautiful vanilla cream and pastry, that for me is The Original Ten.”

The Original Ten encapsulates the signature smooth and multilayered character of Benriach. Three cask matured for at least ten years in bourbon barrels, sherry casks and virgin oak, to create layers of luscious orchard fruit, sumptuous honeyed malt and toasted oak, all interwoven with a subtle trace of smoke. The perfect introduction to our signature style and richly layered Speyside Single Malt.
Add to wishlist
Add to cart
Quick view

“Intense smoked applewood flavour with honeyed sugar maple, all woven together with rich layers of smoke.”

“Sherry rich maturation and layers of dark berry fruit encapture the flavours of Benriach in the autumn.”

The Twelve is a rich and smooth expression of Benriach Single Malt. Matured in a sherry rich profile with the addition of bourbon and port casks, this intriguing malt has layers of baked fruit, maple honey sweetness and lingering oak spice.
Add to wishlist
Add to cart
Quick view

Whisky, Scotch
$158.00
The Smoke Season depicts the old, 19th Century style, using malted barley smoked with Highland peat. It was a bold, unconventional move in Speyside whisky-making region known for crafting unpeated whiskies. This Highland peat, with its prevalence of wood from ancient trees, heather and bracken, toasts our malt to produce distinctly sweet and aromatic smoke flavours. This special edition has been bottled at high ABV to give fans of peated whisky in an intense and unadulterated experience of our distinct sweet peat character.
Add to wishlist
Add to cart
Quick view

“For me it’s baked orange in a wonderful cake, fired over an open fire, with dark chocolate flavour.”

The Smoky Twelve is the perfect marriage of fruit, malt, oak and rich layers of smoke. Three cask matured in an unconventional mix of bourbon, sherry and Marsala this creamy and smooth single malt is multi-layered with flavours of ripened fruit, aromatic smoky sweetness and warming oak spice.
Add to wishlist
Add to cart
Quick view
Sold out

BenRiach Single Cask, Batch 15, Whisky
$188.00
The BenRiach 2007 Cask No. 8737 10 Year Old is one of 17 new limited edition whiskies in Batch 15 of BenRiach's popular Single Cask series of whiskies. Distilled on 28th March 2007 and fully matured in a Moscatel sherry cask it was selected by BenRiach Master Blender, Rachel Barrie as part of this latest batch of single cask releases. Non chill-filtered and natural colour this Moscatel sherry cask matured whisky was bottled at 58.9% ABV. Nose: A raisiny fruitiness, a little orange blossom, honey and a touch of marzipan. Taste: A deliciously juicy raisin and apple candied fruitiness coats the mouth. A little cinnamon, honey and a hint of creamy chocolate. Finish: Medium to long with the sweet fruits bittering out leaving some mildly drying oak.
Add to wishlist
Read more
Quick view
Shopping cart
close

You must be 18 years of age or older to view page. Please verify your age to enter.

I am 18 or Older I am Under 18
Start typing to see products you are looking for.
Shop
Filters
Wishlist
0 items Cart
My account