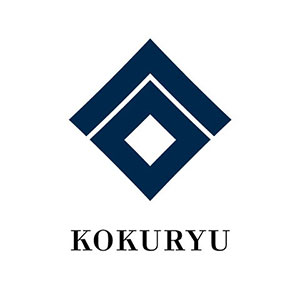 “If we make good sake, people will support it.” That’s been our motto since Kokuryu was founded in 1804 in the mountains of Fukui. It’s an ancient land, nestled between snowy peaks and the Sea of Japan, not far from the main Soto Zen temple Eihei-ji. From a long tradition of sake brewing, Kokuryu today stands as one of the region’s few survivors. We grow our own rice. We seek out special yeasts. And we strive for the best in brewing and maturation, hand-crafting only the highest-caliber sakes in small batches.

Vintage & Collectibles, Sake
$92.00
This Daiginjo-shu is best drunk warm.  While premium Daiginjo are usually not drunk warm, Kuzuryuu Daiginjo was created in 2004 as a Daiginjo specially for warm sake. Enjoy it warm for a deep, refined flavor that has matured over time. It has a gorgeous aroma characteristic of daiginjo-shu, and an elegant and delicate aroma.
Add to wishlist
Add to cart
Quick view

Vintage & Collectibles, Sake
$138.00
A sake that expresses the natural flavor of select Gohyakumangoku rice from Fukui. The harmony of taste and fragrance creates
Add to wishlist
Add to cart
Quick view

Vintage & Collectibles, Sake
$140.00
After the founder returned from France, he applied wine aging to sake and released it in 1975. At the time, it was the most expensive sake in Japan, which was a turning point for the brewery. It was also the first in the industry to use the now-common expression "Daiginjo”. At that time, a label with a dragon stamped in gold foil was used on the sake bag used to press the sake. Neither sweet nor spicy, it is soft on the palate and enhances food with its aroma and balanced taste. This is a very rare sake, where a limit on the number of purchases per customer in Japan is imposed.
Add to wishlist
Add to cart
Quick view

Vintage & Collectibles, Sake
$148.00
The Chinese zodiac sign for the year of 2022 is Tiger, which comes around once every 36 years and is said to be a year of strong luck. The tiger is known for its good luck, as it is said to "go a thousand miles and come back a thousand miles," meaning that what goes away will come back. To celebrate the start of the new year, we have bottled freshly pressed Junmai Daiginjo sake in a bottle with the Chinese zodiac sign written by the late Inamura Undo, who supported the Kokuryu Brewery since its early days.
Add to wishlist
Add to cart
Quick view
Sold out

Vintage & Collectibles, Sake
$148.00
It is a daiginjo-shu made with 50% polished Yamada Nishiki. It has a rich and full ginjo aroma with a clear and gentle finish. It is packaged in a special lacquered box decorated with the character "Fuku" written by calligrapher Juichi Yoshikawa. There is a theory that the character for "fortune" originated when people offered a barrel of sake to the gods and prayed for happiness. It is believed that the prayers and sake come together. This sake is very suitable for gifting to someone special in your life.
Add to wishlist
Read more
Quick view

Sake
$148.00
This is a limited edition Junmai Daiginjo which uses SAKAHOMARE rice from Fukui. With an aroma of fresh melon, this saké portrays a multi-layered sweetness of rice with an elegant and transparent taste profile. The labels and dressing on the box are stamped with the words ‘Thank You’ using seal carvings by artist Ryutani Inamura. This is the perfect saké to express your gratitude to someone else (or yourself).
Add to wishlist
Add to cart
Quick view

Vintage & Collectibles, Sake
$188.00
Using one of the most popular production methods, this sake expressed itself in its fullest, with a rich and fruity aroma. This is one of the best selections of daiginjo made in the cold season. This sake is very popular as a gift.
Add to wishlist
Add to cart
Quick view
Shopping cart
close

You must be 18 years of age or older to view page. Please verify your age to enter.

I am 18 or Older I am Under 18
Start typing to see products you are looking for.