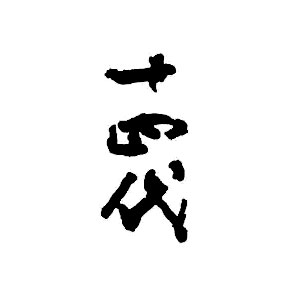 Founded in Edo period 1615 with over 400 years of history in the northern Japanese Yamagata Prefecture as the Takagi Shuzo brewery.

The brand Juyondai “十四代” comes from their last toji (head brewer) who is the 14th generation of this historical brewery.

The company president’s son, Akitsuna Takagi (15th generation), then inherited and embark to craft a different sake experience to contrast with the light and dry sakes that became very popular.

Takagi took over and ran the brewery under the brand Juyondai, named in honor of his father, who was the 14th generation owner of the brewery, and crafted extraordinary flavors that quickly earned an outstanding reputation. Airlines like JAL served their first-class customers with Juyondai and media NHK has broadcasted the popularity of the brand as well.

This is the most sought after sake brand in the market. It takes Japanese sake to another level.