Cockburn’s, producers of the world’s No.1 Reserve Port, has decided to partner with Malt & Wine Asia (MWA), for the exclusive importing and distribution in Singapore. The brand, owned by Symington Family Estates, has had a long presence in the South East Asia markets and is now back to Singapore, showcasing its portfolio of rich, soft and drier-style Ports.

Jorge Nunes, Asia Pacific market manager for Symington Family Estates, says of this new partnership: “We’re absolutely thrilled to start working with MWA, a company that in a short period of time has gained a great reputation in Singapore for premium wines and spirits, helmed by Alex Yong, a long time friend and probably the person who best knows Cockburn’s in the country, given his involvement with the brand for so many years before he founded MWA. We are living in strange circumstances now, but we are confident the Singapore market will return to normal soon, and MWA will be in a great place to take our brand and our strategy forward”.

Cockburn’s was founded in 1815 by the Scottish brothers Robert and John Cockburn. Guided by Robert Cockburn’s conviction that “the quality of the wine – that is the first thing to be looked to”, Cockburn’s was also influenced by the personalities of the great individuals and families who over the centuries joined its ranks. Its signature Special Reserve has been recognised as the world’s leading Reserve Port, receiving 6 Silver medals by some of the most prestigious international wine competitions in the last three years.

The timing is also perfect, as it practically coincides with the relaunch of the Cockburn’s branding and image. The new product presentation is a contemporary interpretation of vintage Cockburn’s labels from the early 20th century, combining a retro look with a more modern feel and a sleek new bottle. The rhyming couplets on the front labels resurrect the playful Cockburn’s humour whilst engaging and educating consumers about the wine. A new communications campaign is being developed, aiming to update the modern Port moment for today’s drinker.

Whereas the Special Reserve, Fine Ruby and Fine Tawny designs are more progressive evolutions which stay within the Port category cues, the new Cockburn’s White has been renamed Porto Branco and boasts a more creative and disruptive design. The redesign caters to the rise in popularity of White Port & Tonic that is attracting a different profile of consumer and achieving new Port listings in the on-trade. 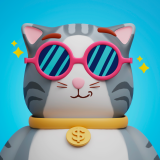